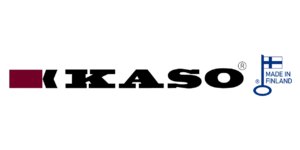 Kaso Oy is celebrating its 75 years anniversary in 2019 and is now the only manufacturer of safes in Northern Europe.
The company’s experience in manufacturing of safes has already been in existence for more than 100 years together with the acquisition of Kaipio Oy in 1978.
Kaso’s security solutions are sold to over 100 countries and Kaso is recognised and well-konwn as a manufacturer of high quality, reliable and tested security solutions all over the world.
Kaso is valued and trusted by all its partners, customers, authorities, even competitors, and looking forward to the future achievements and challenges!